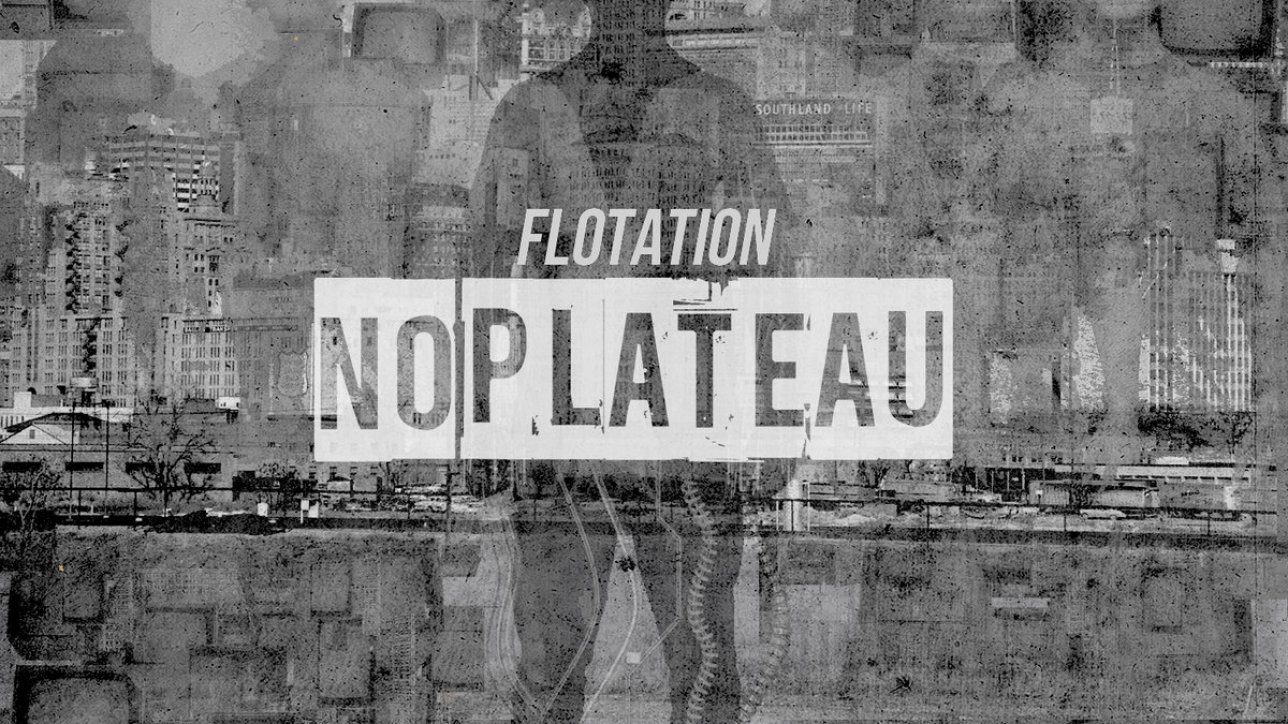 Veteran emcee, Flotation, is known for his impeccable freestyles and strong, no-nonsense stage presence.  At least that’s what comes to my mind.  🙂

I’ve seen him battle and perform countless times.  Rolling with the illest crews, Neva Dug Disco & affiliates, through the years, would leave him with no choice but to stay sharp on his craft.

Well, he’s back with a full album of material.  This is not a mixtape or promotional album, but it’s a cohesive project of well crafted Hip-Hop.  It features dope production for heavy hitters like Freddie Bruno, Robot Orchestra, Juicy the Emissary, Damolekular, and several others.  Oh…and…scratching!  Flotation has lots of love for the DJ’s.  Check out the liner notes below and see the great DJs featured on this album. 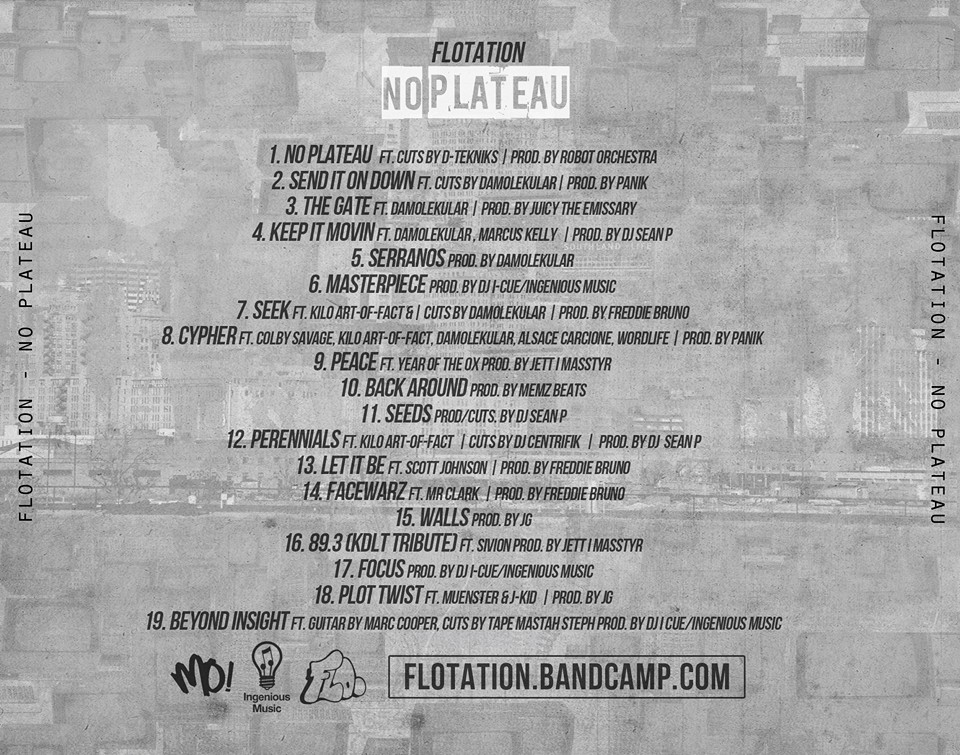 This album is filled with meaningful content, not just rap jargon…though you get the real on every song. Props to Flotation!  Also, shout to Mo!, who I assumed mixed and mastered this project, his imprint is defiantly felt throughout the entire album.

I produced 3 songs – Keep It Movin ft. Damolekular & Marcus Kelly, Perennials ft. Kilo Art-of-Fact, and Seeds which I also recorded a scratch hook for.  Check them out below and purchase the album on Bandcamp!